My Studies
My Savings
My Retirement

Home > My future > My Retirement > Test Your Knowledge

There are all kinds of preconceived notions about retirement. Some are true, but many are false. The difference between fiction and reality could be huge.
Here's a little Q&A to help clear the smoke.

Let’s say you decide to retire at age 55. Which public pension plans or programs can you expect to receive money from?

Answer: e
The only cheque you’ll get at age 55 is a reality check. People who retire at age 55 are on their own. There is no public pension plan before age 60 so be prepared to live off what's in your piggy bank or your pension fund.

What do you think was the maximum annual income from public pension plans for a single 60-year-old in 2020?

Answer: c
Yup, a whopping $9,042 for the entire year was the maximum for a single 60-year-old based on average annual employment earnings that increased each year at the same rhythm as the QPP maximum pensionable earnings ($58,700 in 2020). In other words, to have an annual income of, say, $30,000, the other $20,958 would have to come from your piggy bank or a pension fund. Either way, your piggy bank would have to be pretty plump!

Maintaining Your Standard of Living

According to specialists, what percentage of the gross annual income you earned in your last three years of work before retirement should you aim for in order to maintain the same standard of living once you stop working?

Answer: b
On the whole, given that our expenses decrease once we've stopped working, generally an annual income equal to 70% of the average income earned during the last three years of work will suffice to provide a comfortable retirement. But, if you rely on public pension plans alone, you could find yourself with a standard of living that’s downright substandard.

What is the current life expectancy for men and women in Quebec?

Answer: b
That means that, if they retire at age 65, women and men will respectively enjoy, on average, 19 and 15 golden years of freedom, during which they must continue to keep a roof over their heads and feed, clothe and enjoy themselves... in other words, live! If retirement is taken earlier or life expectancy increases—which is quite likely—they can look forward to even more years of freedom. Without the financial means, however, it could seem like a whole lot longer!

According to a study conducted by Statistics Canada, nearly one out of every four retirees returns to the work force. What percentage of these retirees does so for financial reasons?

Answer: d
No word of a lie! 40% of retirees go back to work because their standard of living after retirement took a nosedive. It was a question of necessity, not necessarily a choice they wanted to make. That sure takes away from the R&R side of retirement!
Retirement is definitely something you should think about. That's why, at the Laurentian Bank, we offer you retirement projection.

<<< Back to My Retirement 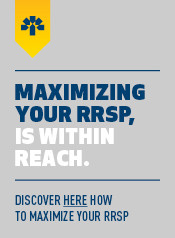